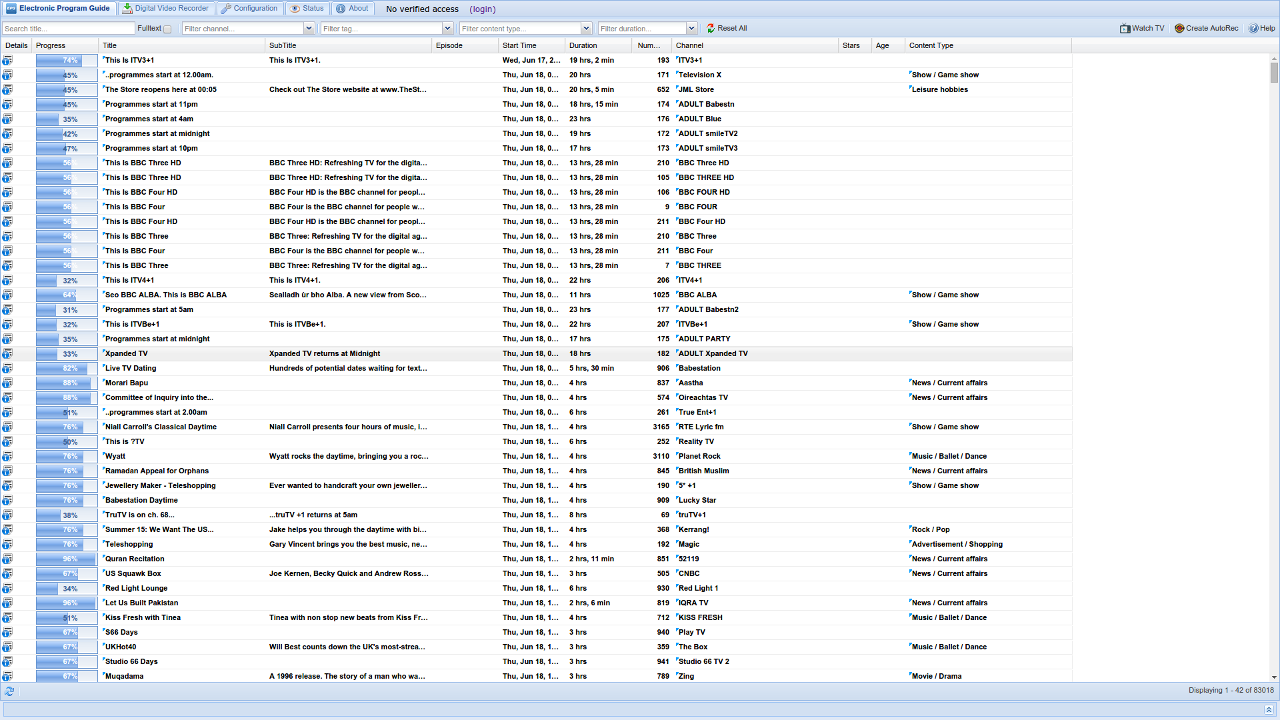 It supports input from:

As well as being able to record the input, Tvheadend also offers it up to client applications via HTTP (VLC, MPlayer), HTSP (Kodi, Movian) and SAT>IP streaming.

While supported in previous versions, analogue video (V4L) is no longer supported directly. If you still need this, or need to input signals from video cameras or other non-broadcast sources, use pipe://.

The code is hosted at github. Please use github’s features if you want to provide patches. Contributions and improvements are always welcome.