There are some basic concepts that will make life much easier if you understand them from the outset.

The Tvheadend software then sets up a series of configuration elements, and the way in which these interact determines how a TV signal ends up in front of you. They all use what’s known as a many-to-many relationship, in that one configuration element can be related to multiple elements of the next type, and vice versa: one tuner has multiple networks, one network can exist on multiple tuners.

When you select the channel you want to watch or record, Tvheadend can then map a path through all those variables to ask a particular tuner to go and get the signal for you.

The following diagram explains the relationship between these components: 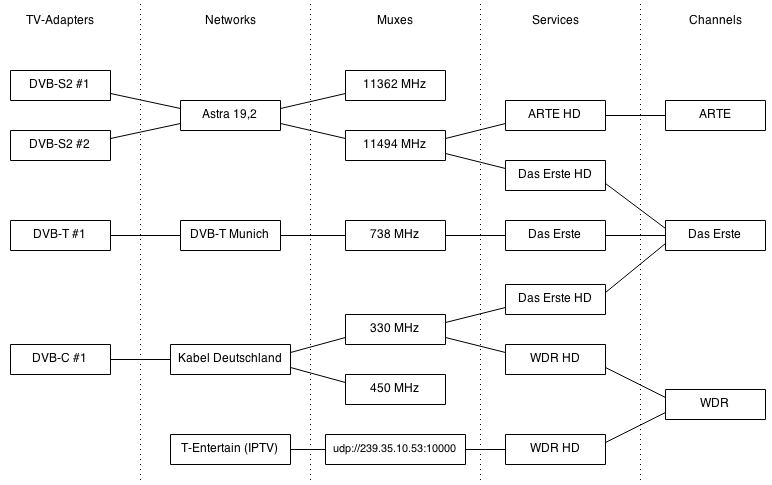